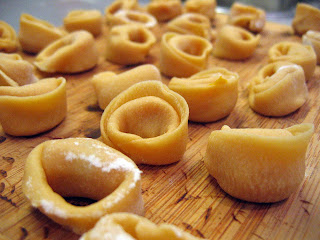 Feeling ambitious after my recent success at making ravioli, I decided to try my hand at tortellini. The navel shaped pasta looked complicated, but after a bit of internet searching and YouTube watching, I was relieved to find out they appeared to be relatively simple to assemble. 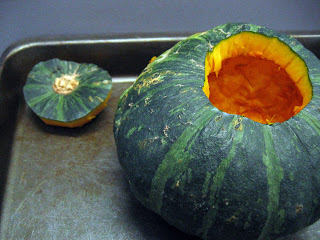 The filling was made with some very slow roasted buttercup squash, very very slowly roasted. Cut a whole in the top of the squash, scoop out all the seeds and clean any fibres that cling to the inside. Drizzle in some olive oil, a pinch or two of salt and pepper, a couple cloves of garlic and finally stuff it full of tarragon. Replace the cap of the squash and place it in an oven set at 140°C. Cook for about 3 hours. You will notice, about an hour and a half in to cooking the cavity will be full of liquid, it needs to be cooked until all the liquid has gone. Remove from the oven and set aside to cool.

When the squash is cool enough to handle, scoop the flesh out into a bowl, along with all the stuffing, season the with some olive oil, paprika and white pepper. Mash until almost smooth, but leave a little texture in the purée. 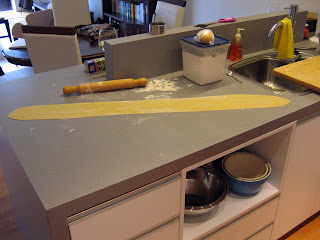 Pasta dough is simple, two parts egg (by weight) and three parts flour, combine together in a bowl to form a dough, tip it out on to the bench, knead until smooth, wrap in plastic wrap and let it rest for half an hour. Then roll it out nice and thin, use a machine to do this, it would be very hard work to use a rolling pin. The above picture is a half of a 2 egg dough rolled out. 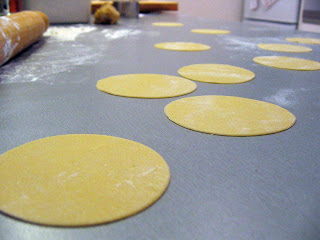 Cut out rounds from the dough, I used a 6 cm cutter. 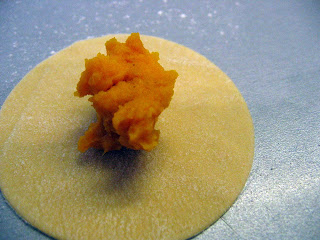 Place a small spoonful of the squash purée in the center of the dough. 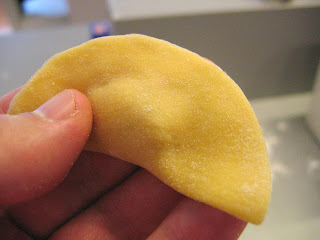 Fold in half, making sure to get all the air out and seal the edge. If it does not seal well use your finger dipped in water to trace around the edge before folding. 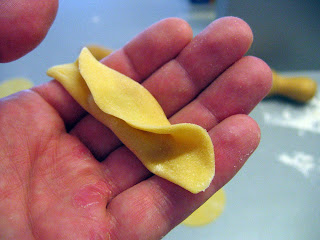 Fold over the flap. 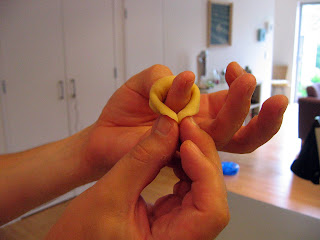 Finally wrap the pasta around your pinky finger (flap on the outside) and pinch together. If you manage to rope in a helper, you can get through a large number quickly.

Cook in plenty of boiling salted water for a few minutes and then toss through a sauce. 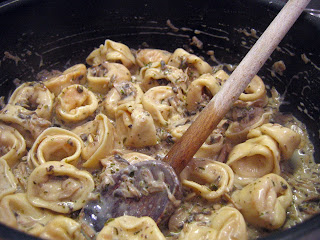 We had the the tortellini with a simple mushroom cream sauce.
Posted by Stephen Garrett at 5:36 PM