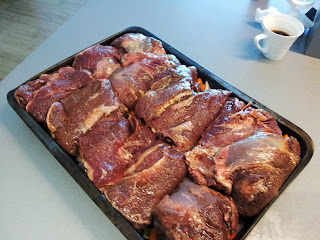 We had the horde at our place for new years eve and it was put to me to sort out the non liquid nourishments, I quite frankly had my heart set on revisiting the Dr pepper-miso short ribs that I had dabbled with previously, pretty damn stubbornly I might add too, but with leaving the shopping too late and only one suitable rack of ribs at the store, reluctantly (read: kicking and screaming) I changed my mind and used beef cheeks, so there were a couple of alterations to make, no longer sticky finger licking ribs, it would be unctuous melt in the mouth beef cheeks that had been braised on a bed of peppers, onion, carrot and cilantro roots, served in a tortilla with all the trimmings. 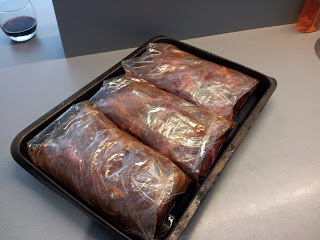 Divide the beef cheeks between some zip lock bags. Combine all the other ingredients together in a bowl, check seasoning, then pour into the bags, massage the marinade into the meat, seal and refrigerate overnight. 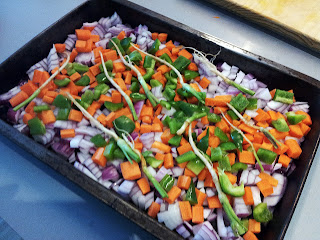 In a dish large enough to hold the cheeks make a bed of diced red onion, carrots, capsicum and coriander roots (use the leaves as a garnish). Place the cheeks on top of the vegetables and pour over the marinade. Cover with a double layer of tin foil and cook for 5 hours at 130ºC

After 5 hours strain the liquid off and discard the vegetables, add a couple of chipotles to the liquid. Pour the liquid along with the cheeks back into the roasting pan, cover and cook for another 30 minutes. 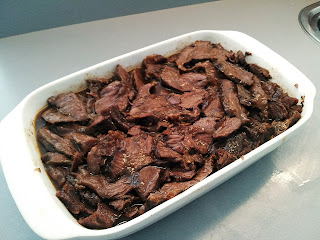 We had the cheeks in corn tortillas with a variety of toppings we had assembled around the dish of beefy goodness on the table, made for a fuss free meal, as everyone could pick and mix as they liked. 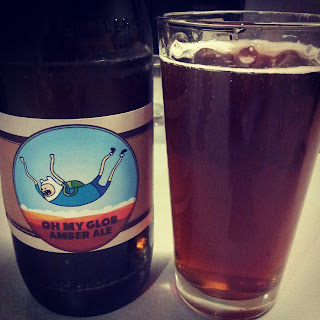 Also finally managed to crack open my second brew, pleasantly surprised at how good it is, I don’t know how much longer it will last, I’m trying to ration it but I am weak willed. I have another very hoppy bitter IPA on the go and a ginger beer that is very very dry and very very alcoholic (a slight miscalculation).
Posted by Stephen Garrett at 1:11 PM