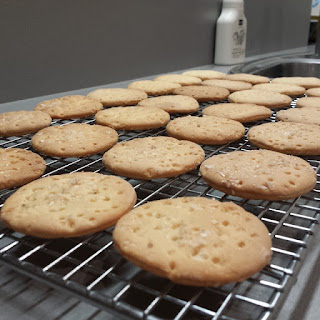 Inspiration comes from many different places, I've recently finished rereading Brideshead Revisited, a book that regularly comes back in to my reading rotation, and for some reason Bath Oliver biscuits stood out to me, even though they are only mentioned in a passage in passing (below), so I set about finding out about and how to make them. I ended up finding a recipe I liked the look of on Ladies a Plate and adapted that for my use. These crackers store very well, which is what bought them to fame, not needing to reheat purchased crackers to get the desired crunch.

"We had bottles brought up from every bin and it was during those tranquil evenings with Sebastian that I first made a serious acquaintance with wine and sowed the seed of that rich harvest which was to be my stay in many barren years. We would sit, he and I, in the Painted Parlour with three bottles open on the table and three glasses before each of us; Sebastian had found a book on wine tasting, and we followed its instructions in detail. We warmed the glass slightly at a candle, filled a third of it, swirled the wine round, nursed it in our hands, held it to the light, breathed it, sipped it, filled our mouths with it and rolled it over the tongue, ringing it on the palate like a coin on a counter, tilted our heads back and let it trickle down the throat. Then we talked of it and nibbled Bath Oliver biscuits and passed on to another wine; then back to the first, then on to another, until all three were in circulation and the order of the glasses got confused and we fell out over which was which and we passed the glasses to and fro between us until there were six glasses some of them with mixed wines in them which we had filled from the wrong bottle, till we were obliged to start again with three clean glasses each, and the bottles were empty and our praise of them wilder and more exotic." 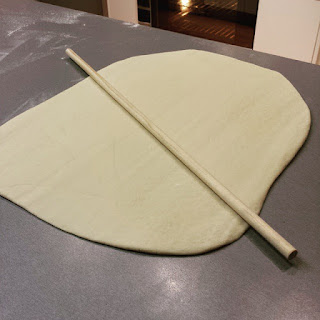 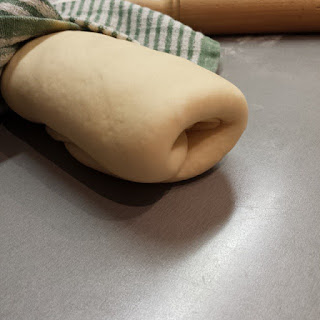 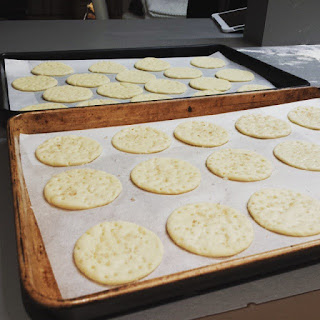 This recipe is based on one from Ladies a Plate
Posted by Stephen Garrett at 12:06 PM