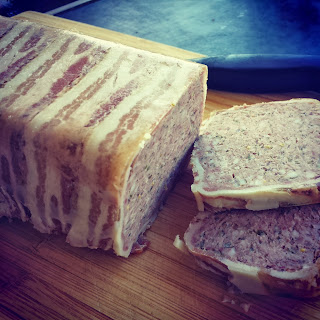 I bought myself a wee early Christmas present, a Le Creuset Terrine, I’ve always wanted one but the price tag has put me off until now, however I had plans for my contributions toward the Christmas fare and it seemed as good of an excuse as any to indulge myself. I’ve previously mentioned the Walnut bread and Chicken Liver Pâté, but they were mere sides to my ambitious plans, well maybe not that ambitious, of Pâté de Campagne is pretty simple to put together, although the mincer from hell almost broke my wrist but apart from that it’s just few simple steps and patience.

You’ll have to excuse the lack of gram measurements, as these will depend on how large your terrine is. Also if you can get pork liver, great, if not use chicken, the same can be said of caul fat which I couldn’t get my hands on so I used very fatty belly bacon. 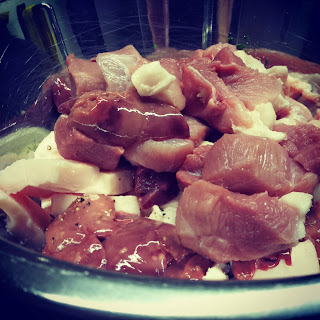 Trim the livers and cut in half, cut the back fat and should in to cubes small enough to fit through your mincer feeder. Chuck the whole lot in a bowl that will fit in your fridge. 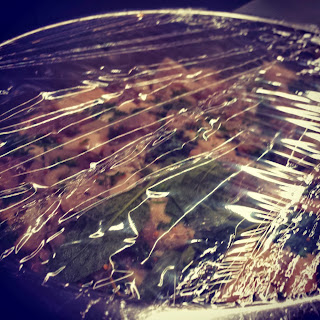 Roughly chop the herbs and shallots and toss into the bowl with the meat, grate in nutmeg to taste. Pour in a glass of wine and a splash of brandy. Add the pink salt if you’re using. Stir through and cover. Refrigerate overnight. 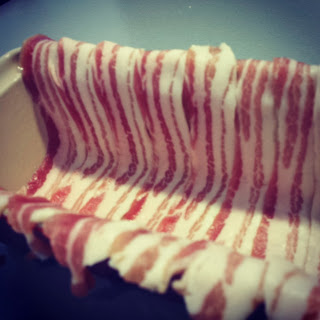 Other
Streaky bacon/caul fat
1 egg
Salt (around 2% by weight, this can be adjusted later)

Set your mincer up with a medium die and pass through the meat mixture. Using your fingers mix through the salt and egg. Take a small portion and wrap in cling film, making it water tight, and poach in some simmering water until cooked, taste and adjust the seasoning as needed, remember that the terrine is served cool so the seasoning will be more muted. 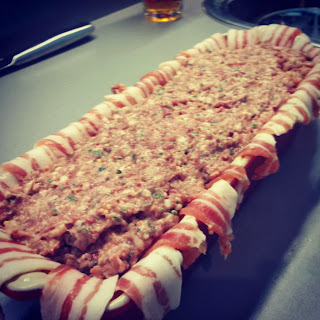 Line the terrine with the bacon (or fat) and pour in the minced mixture. Tap the terrine on the bench to get rid of any air pockets. Fold the bacon over the top of the mixture and place on the lid. Place the terrine in a bain-marie (with hot water) and into an oven set at 150–160°C, cook for about 2.5 hours, or until the internal temperature is about 70°C (65°C should be enough though). 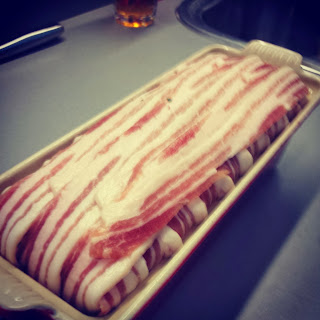 Remove from the bain-marie and let cool, then weigh down a tight fitting lid with a couple of cans, use a stiff piece of cardboard cut to the correct shape and wrap in tin foil, refrigerate overnight.