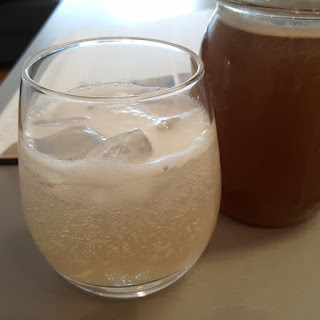 There is a glut of ginger root in our house, it’s stupid cheap at the moment and well I’m going through a phase, delicious Pho noodle phase so no complaints, and well one morning when getting a the stock pot on and filling it up with bones and the like for ramen that night I spied the ginger and had a hankering for ginger soda, I thought about a couple of ways I could tackle it, grate a bunch of it and squeeze it through a cloth, juice it (but I lack a juicer), then I thought of the ol’ kava trick, blend it with water until liquid and strain, best way to prep kava for a good kick. Half the problem solved, just as with kava root I was left with a liquid with a lot of suspended sediment, not really that pleasant to drink unless you’re going to get a face numbing out of it, and it would do it’s best science fair volcano impersonation if added to soda.

So I was left with a liquid which was pretty useless, thought about a coffee filter but that would clog up too quickly to make it practical, but then I remembered reading a while back on Cooking Issues about quick agar clarification, and thankfully I have a copy of Dave Arnold’s book Liquid Intelligence where he covers the process, saving me time trolling through old posts to find the relevant one. So the agar was whipped out from the pantry. It’s a pretty simple process, as about whiz up ginger and water, boil up some agar in water, combine the two, place in an ice bath, break apart and strain. 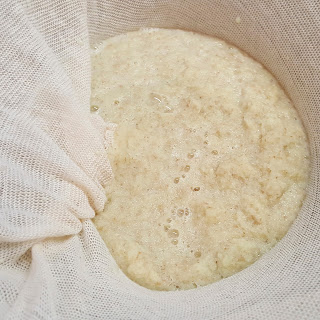 Blend until the ginger root is completely obliterated. Pass through a cloth and measure the liquid, I ended up with 650ml. 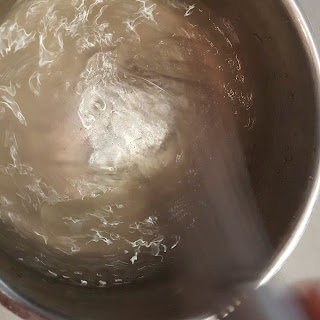 Put the water in a pot and and sprinkle in the agar whilst whisking, do not add the water to the agar it will clump. Bring to a boil while whisking. Keep at a boil for 4 minutes to hydrate the agar. Remove from the heat and add the cold liquid to the pot, the combined liquid should be slightly warmer than body temperature. 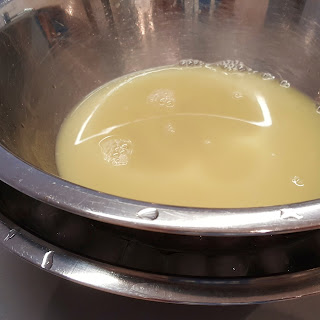 Set up an ice bath with a bowl in it and pour the liquid into the bowl. Set it aside to set, do not stir, swirl or interfere with it. It will set up pretty quickly. You can test by gently touching the top, and slightly tilting the bowl to check. 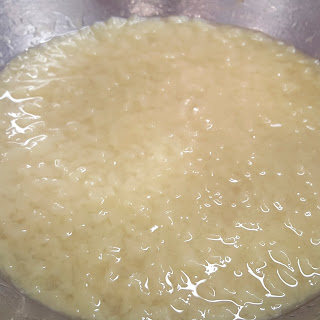 Using a whisk gently break the set gel apart, run the whisk through to cut it apart not mix it up, it should resemble curds.

Strain through cheesecloth, gently, gently massage the sack to expel the liquid, take care not squeeze any of the gel through. Be patient and you’ll end up with a good yield.

Weigh the liquid, pour into a pot and add an equal amount of golden caster sugar, heat gently until all the liquid is dissolved.

Store in a jar in the fridge, serve with ice cold soda/carbonated water and a squeeze of lime or lemon.
Posted by Stephen Garrett at 2:28 PM