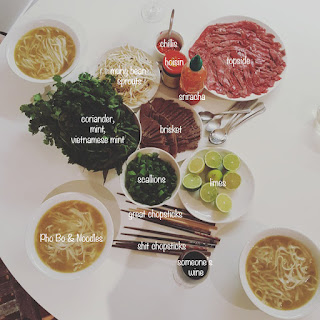 Having only just written about pho I thought it highly appropriate and relevant to write another post about the subject, Pho Bo this time, and well we had guests so what better time to try out something new and untested, no pressure at all, and it’s not like it’s a quick process, only a few hours, not standing in front of the stove though. That wasn’t enough pressure for me though, I also decided it was a great time to wire in a panel heater, I didn’t electrocute myself and I learned how to wire up a loop switch and install a power socket. I don’t want to make it sound hard, it’s not, it’s not even that time consuming, pretty much set and forget for an hour, add something, wait an hour, repeat a few times, so I broke the recipe down to a pretty manageable timeline which I’ll outline below. Adapted from Lucky Peach, which they adapted from somewhere, I forget and I don't have the issue in front of me. 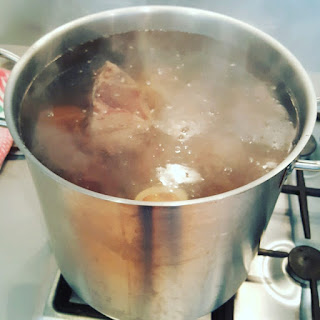 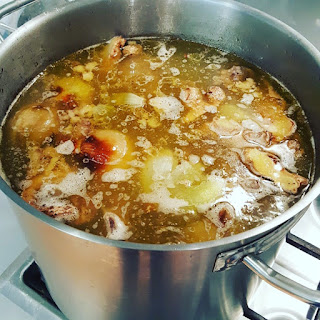 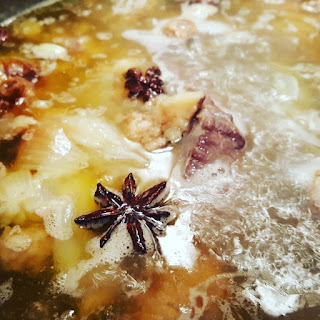 Serving
You can build up bowls of soup for each person, or, as I did, have everything central on the table and have each bowl just contain rice noodles and broth. In either case, Make sure the bowls are HOT and the broth is HOT, lukewarm ain't gonna cut it.

Rice Noodles: I like the medium thickness rice noodles. I put them in a pot, roasting pan for a large crowd, cover with boiling water, put the lid on and leave for 5–10 minutes.

Rare Beef: Slice the topside or fillet as thin as you can, freezing it for 15 minutes or so to firm it up can help, arrange on a plate.

Other fixings you can and should have on the table:
Hoisin Sauce
Sriracha
Vietnamese mint
Regular Mint
Spring Onions
Chillis, sliced
Coriander
Mung Beans
Lime
Posted by Stephen Garrett at 11:33 AM